Here are the final four interview with our 2020 Ocean Academy interns.

Thank you for take the time to learn about our interns and their research projects this summer as they navigated the unique challenges presented by COVID-19. 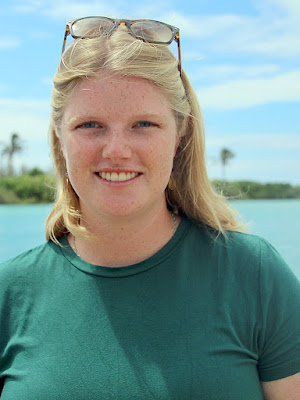 Photo credit: Imogen Peckett
Imogen Peckett, 19, is a first year undergraduate student in environmental geography at the University of Cardiff (Wales). She is a first year Ocean Academy intern who is working with Tiffany Wardman, a media relations and marketing specialist at BIOS and art director at Crown Communications, to photograph the 2020 Ocean Academy interns. Her photographs were used these blog posts as well as for promotional use at BIOS.
What has your BIOS internship been like so far?
Interesting! Being the photographer means I'm able to see what different interns are working on in the labs and in the field.
Has anything in particular impressed you while you have been at BIOS?
I have been impressed with the level of dedication the interns and mentors have to their work.
What are five words that sum up your BIOS internship?
Interesting, diverse, hardworking, complex and friendly.
When you think about your internship here, what is a memorable experience that comes to mind?
Going up to Cooper’s Island Nature Reserve on the east end of the island to photograph fieldwork with the microplastics team and seeing the large quantities of plastic in the sand and seaweed. Microplastics are small plastic fragments 5mm or less in length and often result from the breakdown of consumer or industrial waste. The microplastics were so concentrated in some places that you could see where the tide came up, as the water left behind a line of small plastic particles when it went back down.
Has your time at BIOS changed your thoughts on what you might want to do in the future?
My time at BIOS has helped to inform my thoughts about the future. As I am going to study environmental geography at university, BIOS has shown me that I might be interested in scientific research in the future. 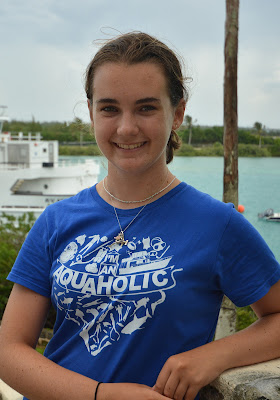 Photo credit: BIOS
Alex Quinn-Sirera, 18, is a rising first year student in bioveterinary science at the Royal Veterinary College (England). She was a 2019 Bermuda Program Intern. This year she is working with Kaitlin Noyes, director of education and community engagement at BIOS. For her project she is observing the microplastics on Bermuda's beaches to determine the ideal measures for reduction. She is also studying seagrass in Richardson's Bay (a cove situated on the east side of Bermuda) and completing a literature review regarding the carbon sequestration capacity (or the ability to remove and store carbon dioxide from the atmosphere for long periods of time) of red and black mangroves.
What has your BIOS internship been like so far?
Really fun and educational. I have gotten lab experience to back up the theory I learned in high school.
Has anything in particular impressed you while you have been at BIOS?
The people. They're so welcoming and willing to explain what they're doing. Everyone was so nice, and it was great to talk to scientists about their projects.
What are five words that sum up your BIOS internship?
Eye-opening experience here in Bermuda.
When you think about your internship here, what is a memorable experience that comes to mind?
During my first internship at BIOS doing science while scuba diving for the first time was so fun. I just loved it so much. I remember taking pictures underwater. That was when I realized I really enjoyed research.
Has your time at BIOS changed your thoughts on what you might want to do in the future?
I initially started out wanting to do marine science. When I tried out research for the first time, I realized I'm more suited to look after animals. 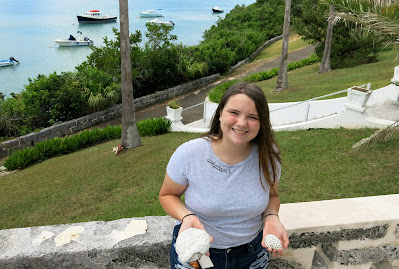 Photo credit: BIOS
Shannon Mello, 16, is a rising senior at Saltus Grammar School (Bermuda). She is a first year Ocean Academy intern who is working with Yvonne Sawall, a marine benthic ecologist whose research focuses on coral reefs and seagrass meadows. Specifically, she examines biomass and the levels of chlorophyll a (a chemical found in the chloroplasts of coral which allows them to absorb and use light) and zooxanthellae (a symbiotic algae that provide coral with the products of photosynthesis) in mustard hill coral (Porites astreoides) and great star coral (Montastrea cavernosa).
What has your BIOS internship been like so far?
It’s been interesting and exciting. I’m building off what previous groups of interns were doing with their coral projects. I find a lot of the stuff that I do interesting as I know what's important about it. Also talking to other interns about our projects has been great.
Has anything in particular impressed you while you have been at BIOS?
The R/V Atlantic Explorer (the BIOS-operated oceanographic research vessel) is just massive! I'm also impressed by the amount of science going on, even during COVID-19. Although many operations have been stopped, the scientists at BIOS are still working within their limitations, which is inspiring.
If you could sum up your internship in five words what would they be?
Corals, trusting, surprising, corals and corals.
When you think about your internship here, what is a memorable experience that comes to mind?
I was cleaning corals and felt something on the back of my hand. I thought it was a piece of sand or a bug and went to brush it off. It was actually this little crab trying to crawl on my hand and pinch me! Though it wasn't big, I was so surprised.
Has your time at BIOS changed your thoughts on what you might want to do in the future?
I’m still pretty open ended on what I want to do. Although this experience has given me some idea of what going into marine science would be like.
Posted by Lakshmi Magon at 4:13 PM