The Research Experiences for Undergraduates (REU) program offers undergraduate students with the exciting opportunity to conduct meaningful scientific research, either as part of existing programs at host institutions or in projects specifically designed for the REU program and participants.

BIOS is proud to be a host institution for this National Science Foundation (NSF) program.  Every Fall faculty and staff look forward to a new crop of REU students from colleges and universities around the United States.  During their time at BIOS, REU students work closely with BIOS faculty on active research on a variety of oceanographic and atmospheric topics, including ocean biogeochemistry, coral reef science, and ocean acidification.

This year, BIOS welcomed six REU students.  Read on to learn more about their research projects and why they wanted to do their REU programs at BIOS: 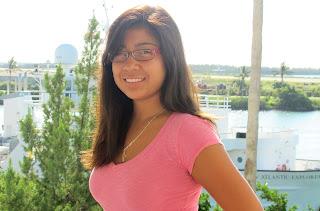 Jenny Rendon is a junior/senior at Old Dominion University in Norfolk, VA (USA) majoring in chemistry.  She is working with Dr. Andrew Peters in the Environmental Quality Program using molecular markers to trace sewage inputs in Bermuda's waters.  Jenny first found out about the REU opportunities at BIOS through the Old Dominion website and thought Dr. Peters' project sounded like a good fit, particularly given her interests in global warming and the environment.  She is debating whether to go straight into grad school after graduation or gain practical experience working in a lab first, but either way she is ultimately interested in career that investigates how chemicals affect the environment, as well as ways to prevent them from entering ecosystems in the first place. Outside of school, Jenny enjoys a variety of outdoor activities, including zip lining and sky diving.  After much consideration, she decided that her favorite flavor of ice cream is chocolate chip. 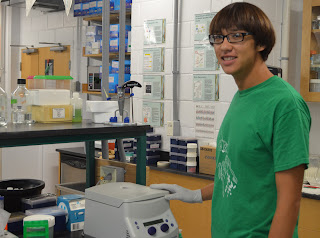 Paul Bump has two semesters left in his studies at the University of Hawaii - Manoa where he is majoring in marine biology.  He is working with Dr. Andrea Bodnar in the Molecular Discovery Lab conducting molecular profiles of stem cells in sea urchins, including the development of probes that fluoresce in sea urchin tissue samples when certain stem cells are present.  Paul chose to do his REU research at BIOS after reading about Dr. Bodnar's work on the BIOS website.  In addition to being impressed with her work, he wanted to get a better understanding of what it's like to do research full-time, especially considering that--at school--research projects only involve a few hours of lab work each day.  Paul intends to continue his studies in grad school, but thinks he will probably focus on topics that combine marine science and technology, such as using marine organisms in biotechnology research or medical research to understand basic cellular functions.  When not in the lab, Paul likes playing ultimate frisbee, spending time with friends, and reading.  Without any hesitation, he declared Moose Tracks as his favorite ice cream. 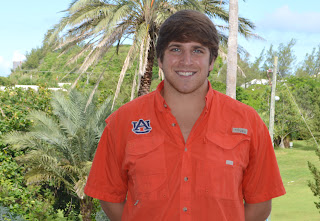 Thomas Kinsey is a senior at Springhill College in Mobile, AL (USA) where he is majoring in chemistry with a biology minor.  For the first two years of his undergraduate education he was focused on a career in medicine; however, after much consideration he changed his major to combine his career plans with his love of the water.  He is working with Natasha McDonald in the Bermuda Bio-optics Program studying the correlation between colored dissolved organic matter (CDOM) and bacteria, as well as characterizing the CDOM from bacteria. Thomas learned about the REU program at BIOS during his internship at the Dauphin Island Sea Lab (DISL) where he met former REU students who spoke highly of their experiences.  He plans to eventually go to grad school but is considering doing an internship or working as a lab tech prior to starting his studies in marine chemistry.  Thomas loves doing anything outdoors, including running, fishing, and going to the beach.  In true southern style, his favorite ice cream flavor is butter pecan. 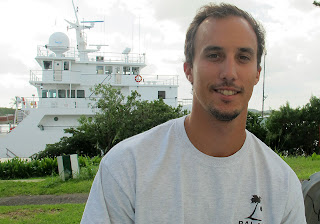 Jeremy Kravitz is a senior at California Polytechnic State University - San Luis Obispo where he is majoring in biology. He is working with Dr. Eric Hochberg in the Coral Reef Ecology & Optics Lab (CREOL) using bio-optics to study and map Bermuda's coral reefs.  In addition to this research, he also built a flume for CREOL that allows controlled experiments to be conducted with continuously circulating water (in essence, a mesocosm).  Jeremy chose to do his REU studies at BIOS after seeing Dr. Hochberg's profile on the BIOS website and seeing an opportunity to utilize his previous experience with remote sensing while gaining additional practical field and laboratory experience.  He intends to go to grad school to pursue studies in oceanography and eventually would like a career that combines research and field work.  Back home, Jeremy likes to surf, go mountain biking, and play soccer, the latter of which he has been able to continue doing while at BIOS.  Making the California surfer community proud, his favorite flavor of ice cream is Phish Food. 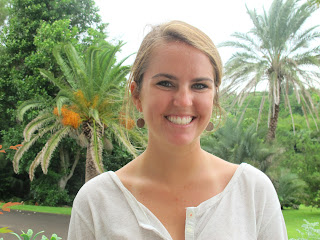 Kelly Speare is a senior at the University of North Carolina - Chapel Hill where she is majoring in biology with minors in marine science and chemistry.  She is working with Dr. Gretchen Goodbody-Gringley investigating the effects of temperature and sediment on the growth and development of coral spat.  Kelly chose to do her REU research at BIOS because it sounded like a great opportunity to do coral research and gain valuable field experience. She intends to continue her studies in marine science at grad school but is considering taking a year off to go sailing or work as a lab technician; either way, she'd like to continue studying corals and coral reefs. When not at school or in the lab, Kelly enjoys SCUBA diving, rock climbing, playing tennis, and relaxing in a hammock.  She is currently debating which ice cream flavor she likes the most: mint chocolate chip or coffee. 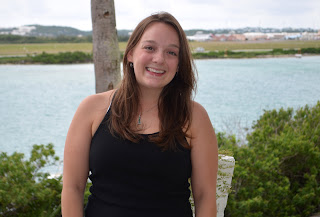 Jen Tripani is a senior at the University of Buffalo (NY, USA) where she is majoring in biological sciences.  She is working with Rachel Parsons on a project monitoring the microbial response to ocean acidification in the Sargasso Sea.  Jen wanted to do her REU program at BIOS because she wanted to gain hands-on experience working in a completely different environment.  She plans on continuing her studies at grad school with a focus in marine science and looks forward to a career working with an environmental organization/agency or nonprofit, possibly involved with community outreach and education.  She is a huge Broadway musical fan and says that cooking lets her "be creative and unwind."   She also enjoys volunteering at local community events and admits that her guilty pleasure is watching "nerdy science fiction shows." Jen is another fan of Moose Tracks ice cream, which the author of this blog must now try, given that two people have spoken highly of it!

To learn more about conducting an REU project at BIOS, please contact the BIOS REU Site Coordinator, Chloe Newcomb-Hodgetts, at chloe.nh AT bios.edu.
Posted by Bermuda Institute of Ocean Sciences at 9:23 AM No comments: